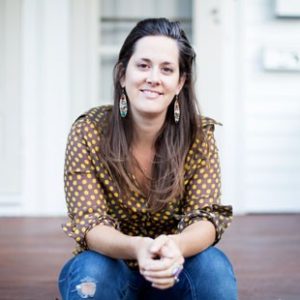 Master of Fine Arts from University of Massachusetts Amherst (2008)

Joetta Maue is an artist, curator, and arts writer.  Her most recent body of work is a series of embroideries, drawings and photographs that explore the conflicts and contradictions that exist within intimacy and the domestic space. Joetta’s work resides within the realm of the everyday, everyday objects, autobiography, and the female. She is especially interested in the role of personal relationships in our lives, seen in our most intimate moments and spaces.

Joetta received her BFA from The Ohio State University and her MFA from the University of Massachusetts Amherst.   Joetta’s work has been shown throughout galleries and museums across the country and internationally.

Joetta authored the well known studio blog Little Yellowbird as well as being a regular contributor to a number of journals and a freelance curator. She has been featured in the books Indie Craft and PUSH Stitchery and the journals Needle Magazine, Fiber Arts Now Magazine, Martha Stewart Living and the Surface Design Association Journal. She is a Lecturer and an invited instructor at a number of programs and institutions across the country.

Joetta lives in New England with her family.

Reassembled, Pieces of Me; through Mixed Media, invited, The Nave Gallery, Somerville, MA, 2005

In sight, Lunder Center for the Arts, Cambridge, MA.

Her Mark 2007, Published by Woman Made Gallery, Chicago, IL

Podcast with the founder of Squam Art Workshops